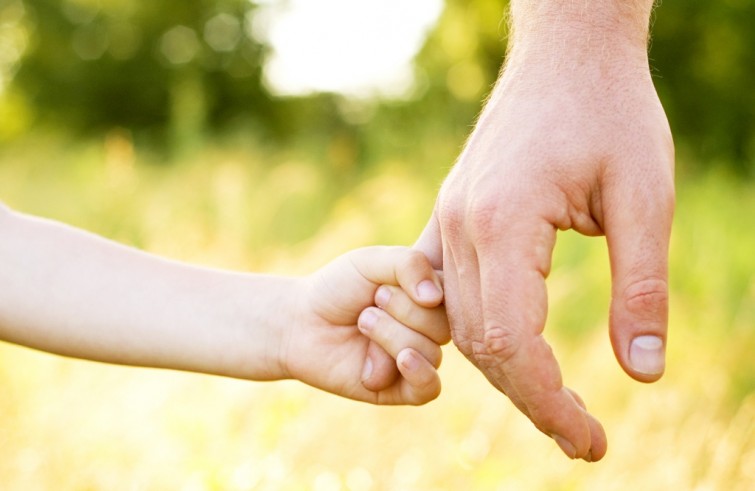 Petition to the XIX General Chapter 2021: to recognize the theme “The rights of the unborn to life” as an integral part of the “Comboni Mission” and place it in the context of the General Secretariat of Mission and the sector of Justice, Peace and Integrity of Creation, with the extension to the respective secretariats of “all the Comboni Provinces”. (Fr. Francesco Chemello)

Foreword
I begin with a few introductory notes on my 31 years of mission in Africa and 8 in Europe, from 1981 to now, which I think is relevant to the above theme. I want to recall above all the years dedicated to the service of the displaced people and refugees starting from when I was a vocation promoter in Malawi/Zambia, but involved in 1987 in the first care of the Mozambican Refugees in Malawi, in the area of NSANJE. Since Fr Giacomo Palagi and Fr. Franzolin Emilio were barred to take care of them in Malawian territory, they asked me to organize the first relief efforts together with a young woman, who I think was really “Esther” who saved the people who fled en masse in the conflict Frelimo-Renamo and who only had the “lilies” of the Shire River to feed themselves.

From there, with the assignment to South Sudan, situations like this were unfortunately ‘common’, not only for me but for our whole “New Sudan Group”. Taking care of them “wherever they were or went” [1] was the very agenda of the whole group, from 1991 to 1998 and subsequent administrations. From 2013 to 2018 (the year I returned to Italy) these IDP and refugee situations continued, and so did having to take care of them and their precarious situations.

I have said this so that one does not think that the above petition to the 19th General Chapter is just a “personal quest”.

How did my concern arise?

The above reality revealed itself in all its harshness while in the parish in LEER, leaders, catechists and the women’s group were considering how to deal with certain difficult situations in the “Family and Youth Formation”.

The leaders confirmed the importance of having “Trustworthy Persons” in the parish, in whom the young people could trust, especially the girls, in “particularly delicate” situations where real dialogue, wisdom and understanding were needed, since with “certain catechists”, and not always with their families, this was possible. They confirmed that medical NGOs were already distributing “anti-conception” pills, which were in fact “abortion” pills, without the young women having any trustworthy and wise person to help them deal with the situation properly and in confidence. These “Secular NGOs” already had many years of assiduous and planned work in this area. As early as 1992, when visiting Nzara, children were playing with “rubber bands”, i.e. condoms, blowing them up like balloons and filling them with water until they burst. These were only the first signs, but their village ‘awareness’ (usually with HIV-related themes and venereal diseases) were of regular occurrence. The young people were certainly “not naive”. But the problem was only for the girls when they found themselves pregnant, and here came the help of these medical NGOs with their approaches, without an appropriate counselling of the aforementioned trustworthy and wise people at the level of the Christian Community.

Since I had to keep up to date, thanks to the Internet, which was working well at the time, I was able to explore this subject in greater depth during the rainy season. It was during this research that I was confronted with the stark reality, the astounding numbers, of the “Destruction of the life of the unborn”, that is, of procured abortion at various stages of pregnancy (and now up to the ninth month). Who did not already know this reality? Of course I knew it, but I would never have thought with such numbers. In the research, country by country (except those who did not have official data), I came to count more than 800 million in 50 years.

These were only the ‘official’ numbers and not for all countries in the world. [2]  If you go to the websites of abortion organisations such as the International Planned Parenthood Federation and Guttmacher(just go and look at it now) [3] the figures jump to around 40 million a year worldwide. [4]  This amounted to 2.5 billion over 50 years, out of a world population of 7.8 billion (now) in December 2020. [5]  This meant ⅓ a third of the world’s population. Faced with these parameters, it became clear to me that, as a Comboni Missionary, it was not only the question of the LEER situation that had to be addressed, but how we “As Comboni Missionaries” were to face this reality with true conscience.

From the 17th General Chapter to now

I went to see how far our last General Chapters had taken care of this crude reality and found that in the 17th General Chapter Dr. R. L. Walley of Matercare [6]  had been invited to speak about it, doctors who had began after Pope John Paul II’s encyclical Evangelium Vitae. I looked up how many times reference had been made to “Evangelium Vitae” in our documents and found none except in reference to this meeting. I was very astonished by this and asked myself: “Aren’t we Comboni Missionaries going to Evangelize so that “All may have Life and Life in abundance”? How is it that we have ignored this encyclical letter and also this reality?

Reading the Apostolic Exhortation Evangelii Gaudium no. 213, Pope Francis states that: “…this defence of unborn life is closely linked to the defence of each and every other human right.” and at 214 he continues, “It is not “progressive” to try to resolve problems by eliminating a human life.”

In the Encyclical Letter Laudato Si’ no. 120, Pope Francis echoes the E.G. saying,  “If personal and social sensitivity towards the acceptance of the new life is lost, then other forms of acceptance that are valuable for society also wither away”. Now I ask myself: “How is it possible that we have overlooked even these two important references by E.G. and L.S. while we have done a really great job on everything else?”.Certainly an attentive reader and commentator of the text cannot fail to have read them without having “deliberately skipped over” them to dwell on the later ones. In Evangelii Gaudium, in fact, the above quotations are found at the heart of all the others that we have taken “as part of our charism”: the vulnerable (209), the homeless, refugees, migrants (210), human trafficking, slaves, prostitution, children, network of crime (211), women (212); but no mention of 213 unborn children, and 214, accompanying women in difficult situations with abortion as a quick solution. [7]   (215) creation, desertification, extinction of a species: insects, birds, fish…, (216) Small yet strong in the love of God, called to watch over and protect the fragile world: over all fragility except that?

Really, among all that at the Comboni level we take care of, as part of the “Care for our Common Home” the numbers 213 and 214 just don’t fit, who knows why? Too complicated a terrain? A minefield? It has not escaped the newspapers that when Pope Francis speaks of “Abortion” he is always censured (does this also apply to us?) [8] Why?

At the time of our Holy Founder there was certainly no such problem, while there were all the other evils and challenges: do we therefore want to be “faithful to our founder” ignoring that he did not live in our present time? Pope Francis speaks only twice about “ABORTION” one time in E.G. 214 and the other in L.S. 120 (but frequently in many other meetings): does this mean that the subject is not important for us? Missionaries “whose purpose is to carry out the Church’s evangelising mission among those peoples or human groups who have not yet been or not sufficiently Evangelized” (RV. 13)?

But why did Pope Francis use strong and lapidary words such as: “…this defence of unborn life is closely linked to the defence of each and every other human right” and that “If personal and social sensitivity towards the acceptance of the new life is lost, then other forms of acceptance that are valuable for society also wither away”?  Why our almost absolute silence?

If a third of the world’s population has been destroyed in 50 years, does this not seem to be a humanitarian crime and a right violated enough to be taken into consideration? We Comboni Missionaries, how do we enlighten people on this crucial reality of life even at this stage? Other secular NGOs, on the contrary, make it a priority in their (criminal?) programmes calling it even “a right”? It should be noticed that life-loving Africa is the first continent to have the “Right to Destroy/Deny Unborn Life. That is, Abortion” in the “Maputo Protocol”, included in the context of protecting women’s rights “like a Trojan horse”.[9]

It should also be noted how much this crucial issue has been “politicised” and how it has been left to groups that are described as “Traditionalists, Fundamentalists or Sovereignists”, while the so-called “Progressives” are openly in favour of abortion, that is, the destruction of unborn life. I believe that in an honest Christian discernment we should ask ourselves the question of how to deal with this difficult reality as Christians, and as Missionaries called to Evangelize, so that all “may have life and life in abundance” (Jn 10:10): [10]

If “Pro-life” organisations are often considered “Traditionalist and Fundamentalist”, why don’t we help address the difficult issue in the right way and “not by dumping it from ourselves?”

1.    How then do we Evangelize people? By leaving such ‘teaching’ to the secular NGOs?

2.    How do we form young people and consciences in this difficult area?

3.    How do we prepare/form our own students – Scholastics and Brothers – in these matters?

In 2013 I had already sent to the then General Secretariat for the Mission my notes already mentioned on this subject, [11], needless to say that there was no reaction, neither positive nor negative, topic just ignored. I also wrote an Open Letter to the Preparatory Commission of the XVIII General Chapter[12]. No feed-back. I can only “suppose” that the reason was that it was not a subject relevant “to our charism”. (As already mentioned, Comboni did not include it in his priorities, because it did not yet exist at his time and neither did the G.P.I.C. sector).

In the context of Evangelii Gaudium, of Laudato Si’ and of Fratelli Tutti (no. 18) and mentioning again Evangelium Vitae, which precedes them, I sincerely hope that the above mentioned petition will find space IN THE COMBONI DOMAIN, in that of the SECRETARIAT OF MISSION and in the sector of JUSTICE, PEACE and INTEGRITY OF CREATION. I would like to make clear that I have no interest in doing this for “My personal campaign” but because I think it is deeply inherent to our missionary charism and so that True Justice may be done within the sector of Justice and Peace and Integrity of Creation and the General Secretariat of Mission, so that it may be addressed, as Pope Francis presents it, ADEQUATELY.

“You created my inmost self, knit me together in my mother’s womb. For so many marvels I thank you; a wonder am I, and all your works are wonders. You knew me through and through” (Ps 139:13-14)

I leave all this in the hands of the Lord, with special mention of Mary who, with great love, carried Jesus in her womb and of St Joseph who always protected him and took care of him from the time of Mary’s pregnancy, and I thank you for your attention.
Fr Francesco Chemello mccj
Date 20/01/2021